Tymel Thompson Has Some Explaining To Do!! Romantic Text Messages, Screeshots, Video Leaked

Everything Is Going Down, The Word Of God……Members of my Obnoxious Street Committee quickly reported information coming out of Brooklyn. It seems on Monday Javon Leito Johnson took to Facebook to vent. During a Live Javon ranted for over 15 minutes about his frustration of being disrespected and his authority as chief adjutant being constantly undermined by other church officials. What was not stated directly, but implied by Javon is there was a great more to this story, his being appointed adjutant was to cover their relationship and always being close. Javon was given the Chief Adjutant position as weak attempt to cover their homosexual relationship. It seems Javon and Tymel were in a relationship. Tymel sought out Javon after he posted several times about his pastor dying. He sent him several messages that seemed to have been out of concern and offered to be a new support system for Javon.

The ex-husband of Sarafina Thomas, who was the fourth wife of Tymel Thompson, has a long history of tumultuous relationships with guys that are eyebrow raising at best. The word is Sarafina caught Tymel having sex with a man that lead to their divorce. Most recently he was arrested in Bethlehem, Pennsylvania where he lives for a fight ruled as domestic violence. During a heated argument about his sleeping around when confronted by Kareem Celestine, who he has been dating for at least two years that was verified by his Spiritual Mother Tenicha Johnson.

We got a chance to speak with Tenicha Johnson, who expressed that Javon was a liar and she recorded their entire conversation without his knowledge after Javon’s rant on Facebook. She refused to share the recording with Obnoxious Media, but insisted we shared with her our source on the story, who is definitely someone close to the situation, but not Javon as she suspects. In the beginning she insisted she was Tymel’s mother to only finally admit after being pressed that she was not in fact his biological mother. However, she explained she was a Woman of God that walks in integrity and did not want her name associated with her son’s mess and personal life. So much for integrity when she admitted to lying about being Tymel’s mother. The interesting fact is she never denied her son Tymel was indeed not gay or that he has not had sexual encounters with men.

Kareem Celestine pictured above was beat up so by Tymel that he could not even attend church that Sunday. The two of them are due back in court on this case next month in Bethlehem, Pennsylvania. Tymel Thompson has yet to respond to our calls and text messages to get his side of the story.

This story is yet developing and has lot of details and a large number of guys that are said to be linked to Tymel sexually.

Below you can read a number of explicit text messages and screenshots of Facebook inbox messages. Plus we have obtained a video of Tymel kissing Javon’s feet.

Javon and Tymel’s brother Jay at the banquet celebrating 16 years in ministry about a month ago.

Here is the messages from another victim below: 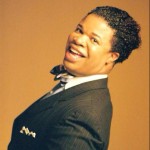 9 thoughts on “Tymel Thompson Has Some Explaining To Do!! Romantic Text Messages, Screeshots, Video Leaked”