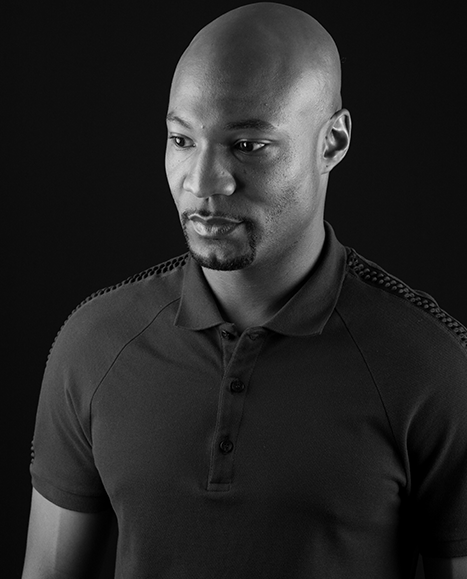 Everything Is Going Down, But The Word Of God……Well, the situation with Keion Henderson is getting serious.  Seems he is using his church to cover a male sex ring.  All the men that work at Lighthouse in ministry has to lay on their back and give up their goods to secure their paycheck.  Read the email sent to me by a member of my Obnoxious Street Committee close to the situation.  Darryl used his position to bring his lover from North Carolina to Houston to be with him.  Keion is knocking down these boys and being ratchet and reckless with his sexual behavior.

Well, it is time for me to get to this late night musical and I will be back to go into more details!
For obvious reasons I have to ask for anionimity- I serve a ministry in Carolina and i don’t want to not bring shame to them BUT I’m going to connect all dots- follow along…

Last year my friend came from Charlotte to the Awakening Conference held in Houston Tx- this is Darryl Walls Conference and it was hosted at Lighthouse church (Keion is pastor) During the day session she said Darryl asked that everyone keep cameras off cause   it was a sacred moment and he had an altar call for people battling with homosexuality…. he said something to the effect that you’re ok it’s ok etc

My friend then said a few people started walking out including the girl who was singing and a few of the people that was working the conference- my friend also left and didn’t come back for the concert because they couldn’t believe what was condoned – That was the confirmation  I needed because the tea is one of Travis Greene’s former background singers had it out in Charleston and Charlotte that Darryl was actually gay and dealing with another one of Travis greens other background singers (former) -that singer allegedly  works for Keon and lives in Houston with Darryl like together- my friend said they saw him at the conference (the Awakening) And wasn’t sure it was him until someone confirmed and they went up and said hello. His name is Keith Richardson – now both work for keion…

Again I’ve heard this buzzing around Charlotte and even Atlanta for a while.   I have a few friends who actually live in Houston and they all confirmed that both Darryl and the other guy i think is name is Keith  …

I’m just sharing and frustrated that so much of this is looked at like a lie. Rumor is often untrue but pics and constantly hearing the story and seeing the dots connected Idk .

Confirmed Darryl Walls was dating Keith who is Travis Greene’s former bgv but he left them in Carolina to be with Darryl they live together and both work at lighthouse.

Everything Is Going Down, But The Word Of God……Keion Henderson has been the subject of a number of conversations here at Obnoxious Media, but nothing was ever solid to move forward on a story and he was such a dangerous liar.  He told a bishop that called to try and get us not to move on a story about him that we asked him for money to keep quite.  Well, now we have a nude photo taken as a screenshot from a sex tape.  Unfortunately, he just preached at the Church Of God In Christ (COGIC) AIM Convention in Tampa, Florida.  COGIC has enough trash of their own to have to reach outside the denomination and have a man preach on their national platform with a sex tape floating around the country.  Perhaps better vetting of speakers is necessary to keep from having further embarrassment brought to the organization.

The so called son of Jakes first started being mentioned when he fired Ernest Pugh, who he was rumored to have been going with until he discovered he was being cheated on by his Minister Of Music.  According to Keion he fired Ernest due to his undermining his leadership and establishing a mini church within his church.  Now this is a long story with a few twist and turns and you know like minded people roll together so the saying goes.  It seems that Ernest Pugh was the Minister Of Music at Lighthouse until Keion discovered he was being cheated on with another guy that was a organist by the name of Justin Edwards.  The rumor has it that Justin and Ernest lived together in a high rise condo for a few years.  Now what we do know is that Keion had Ernest Pugh on a gag order to not discuss the details of his being fired or the amount of money he was owed to leave Lighthouse.

Keion seems to have met Thomas Dexter Jakes through an employee that he also had similar issues with like Keion was having with Ernest.  Darrell Patrick who is allegedly TD Jakes stylist was at one time fired by Jakes and put off his private jet and left stranded due to his questionable behavior.  However, he sent some serious text messages that was alarming at best to TD Jakes that simultaneously appeared on his iPad.  Apple users know you can link your iPhone and iPad, but that can be dangerous when you get text messages that might not be a good idea for others to see.  Insiders say that his wife saw the text messages and had serious questions.  Members of our Obnoxious Street Committee say Darrell Patricksent some threatening text messages that got him his job back and a little extra.  Seems the stylist for Jakes flexed his power to convince the Black Pope to allow him to establish a program for young pastors to meet and be mentored by Jakes for a fee of course, which explains how Keion got in with Jakes.  Gedion’s army is the brainchild of Darrell Patrickwho is making young preachers and pastors pay a feee to meet and be mentored by Jakes.

Ernest Pugh has been the subject of a number of post here on Obnoxious Television Blog, but this one is something more serious.  Allegedly he was fired by Keion when he discovered that Ernest had a side Lover by the name of Justin Edwards that caused him to loose his job rather quickly.  It seems that Ernest was kicked to the curb and filed a lawsuit against Keion and Lighthouse that got him paid the money he was owed.  Ernest seems to have gone on with Justin acting as a manager, but was really his MANager until all Hell broke loose in Houston.  Justin left Houston like a thief in the night when he got a female pregnant to dispel rumors about his sexuality.  While the chick’s belly was growing he was making plans to go back home to Chicago when things between he and Ernest was going bad.  Ernest was placed on a gag order and he dropped his lawsuit to get paid.  Rumor has it that the gag order expires this July if Keion does not get off some more money.  If he was smart he would pay a hunk and a chunk to keep a sex tape on him from coming out.

Darrel Walls now has the job once held by Ernest Pugh at Lighthouse and a number of rumors have been running all over the country due to a long confession of something he did that caused him to fall short.  The rumor is that a sex tape ofDarrell Walls is out their and he might have been with Keion, but we have not seen it.  Anonymously we were contacted to purchase the sex tape for $5000 Dollars  and we declined.  Allegedly, the photo is of Keion Henderson used to prove that someone actually does have the tape, but holding it for ransom.  Keion and all these men seem to have one thing in common and their secret lives is getting the best of them and coming out.

What does this man have on TD Jakes that would cause him to be fired and put off his plane to ge his job back after sending a text message?

Look at a picture liked by Ernest Pugh on Instagram!